Join us in the Dominican Republic!

Besides the surfing, there's Yoga on offer at Swell 3 x per week. 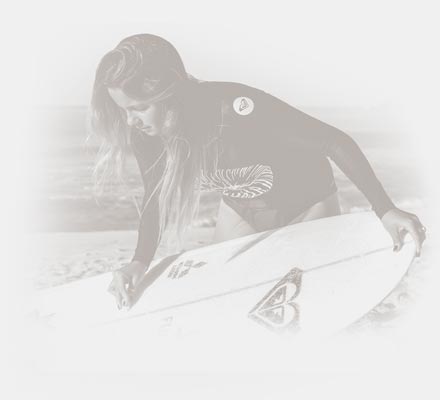 More and more requests have been coming in to increase the amount of Yoga classes at Swell, so we have  increased the yoga classes given in Swell's own backyard to 3 times per week.

Molly is still our ( and our clients)  favourite yoga instructor so she will be giving the 3 yoga classes. Molly makes Yoga accessible and fun for people of all levels. So even if it's your first time doing Yoga at Swell, you will find our Yoga classes a good fit for you.

We at Swell have a love/hate relationship with Tripadvisor, what started out as a great idea: real reviews by real guests quickly got abused and turned into: Fake reviews by hotel owners. Swell has had a few fake reviews over the year from competitors. Since it's hard to get a hold of anyone at Tripadvisor to talk to about these issues, we gave up on actively promoting tripadvisor

The last few weeks we had some very nice reviews on tripadvisor from real guests like the one below.

So, you've probably read tons of reviews already of Swell Surf Yoga Holidays. I'm the kind of person that is uncertain of ease of making friends easily with strangers, but I read so many reviews on Swell Surf Camp that I decided to give it a go.

First thing that happens when you land in Dominican Republic is that a cool driver waits with a paper with your name on it. Starts pretty nicely.

Then, you arrive at Swell for a surf & Yoga Reatreat and the lovely Haudy welcomes you and then the people that stays at Swell welcomes you. You unpack your stuff and grab a beer (if you're like me). 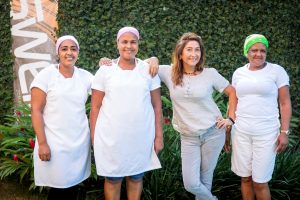 Now starts the good part, the place is CLEAN, looks better than the pictures and people are super friendly. There will be at least one party person to be your drinking partner, that's for sure.

On your first morning, you wake up super early, Michel the awesome taxi driver picks you up and trash talk with the surfing instructors.

You end up on an awesome beach and then the dream begins. Learning surf is HARD. But other people want to learn and it's the best atmosphere. Instructors are cool and will go party with you at night.

The free dinners are super awesome, and the free breakfast are pretty awesome too! Both cooks are lovely and will make your craziest meals made from eggs, ham and cheese. Try to beat my 8 different ones. 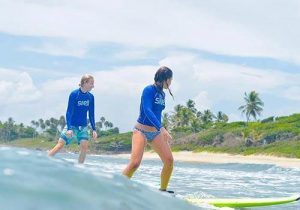 I made lifelong friends with people from USA, Canada, Switzerland, UK, Australia and even local Dominicans. It was my best trip ever and I've travelled A LOT.

Special mention to Norm who beat Brianna at pool, Ken who's living the dream, Haudy who was the best, Moriah and Sadie who helped me become better at surfing, Aaron, Jack and Neno who made me a surfer, Elisa who was super cute, Selina who didn't have facebook, Alex who bailed so hard and always stood up, Michele and Piera who were the cutest couple around, Ramone who made me the best domino player around, Cameron who was my Canadian drinking partner, Maja who we called MAHA !!! And all of those who I forget to mention who made this trip my best trip ever.

Oh and the rum is super cheap and doesn't give hangovers, how couldn't you like that place?

Or another review from Steph 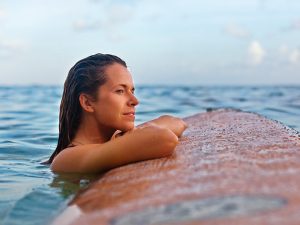 I found Swell Surf Camp after looking for an all inclusive place where I could learn to surf. The best thing about Swell is that the accommodation is part of Swell, run by Swell, not a hostel or hotel that they have a pricing deal with. A very short walk in to Cabarete's shops and bars right on the beach and a yummy local chicken BBQ place ($4 for dinner!). Everything is really well organised and everyone there is so friendly.

Whilst we enjoy reading these experiences, since clearly these guests had a great time at Swell. We prefer that our guests spread the word via Facebook instead of Tripadvisor.

"Amazing place to surf and relax with great people!"

I was a solo traveler, first time in a surf camp. I didn't know what to expect, but everything turned out to be exactly as the website says!

I had surfed once before, but had no real experience. I had a blast! Since it was low season, I basically had private lessons with Lee and he was great at teaching me the basics. I started out with the big soft top board and left the camp having surfed green waves with a hard top board!

The camp itself was great! Very well organized and there is always someone on duty. Haudy is a gem and made me feel right at home! I was in the dorm room, and it was exactly like the pictures! Clean, big and enough privacy.

The staff was super friendly and the cooks made the best food! Breakfast and dinners were amazing.

The ambience in the camp will vary depending on who is there. When I arrived, there was a mix of families and solo travelers, everyone was super energetic and the group was very close.

After a couple days, the camp was very quiet and relaxed with only a few guests. It stayed pretty calmed for the rest of my trip, but we all went to eat together, which was nice!

I would definitely recommend this surf camp!

The amenities were awesome, everything was designed with care and the surf schedule was perfect!

We just finished a week at Swell and wished we had stayed longer. We are total beginners to surfing, but met a few seasoned surfers at Swell. We were the only couple with mostly solo travellers and had a great time meeting people. 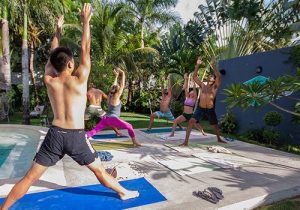 This place is special; not just for beginners to learn how to surf, but it has just the right mix. Great instructors (Neno, Lee, and Ben), great team lead by Manager Haudy, and a great atmosphere. The owners, Clare and Jeroen have put a lot of thought and care into Swell.

The brunches and dinners at Swell are amazing! And well earned after two surf lessons a day. Food around town (Gorditos, Vagamundo Waffles, and Casa di Papi on the beach) are reasonable and tasty. The camp itself is intimate, clean, and modern. Wifi in the rooms is weak, but we didn’t mind, as you could use it in the common areas, and made us more social.

One word of advice: if you want to learn how to surf and get up, make sure you do the exercises Clare will send you. If you don’t, you will probably struggle.

We have already recommended Swell to several people and hoping to make our way back soon! Book it; you won’t regret it.

so if you are interested in a learn to surf holiday , shoot us an email

SEE WHAT SWELL IS ALL ABOUT 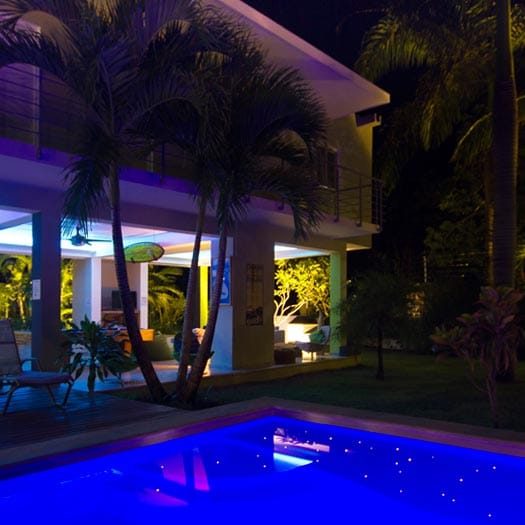 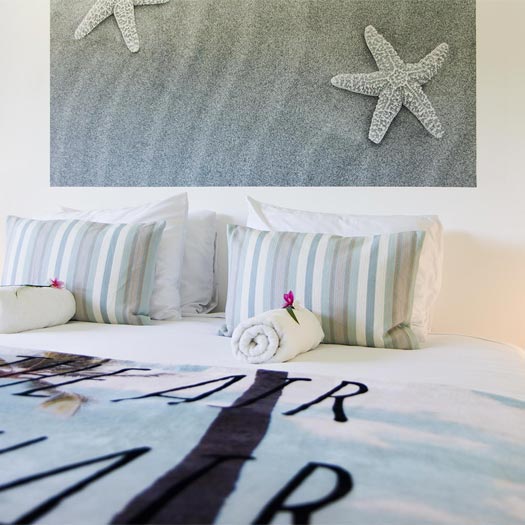 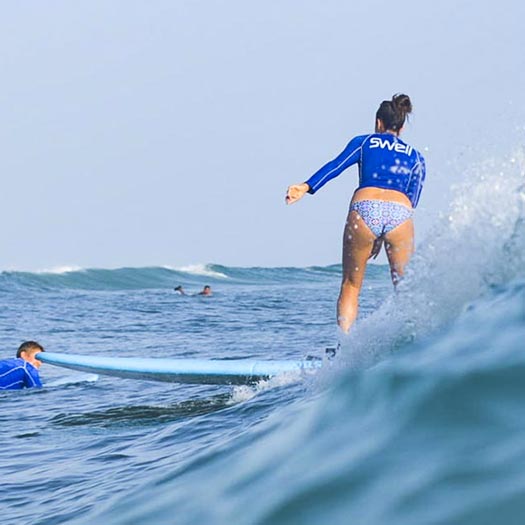 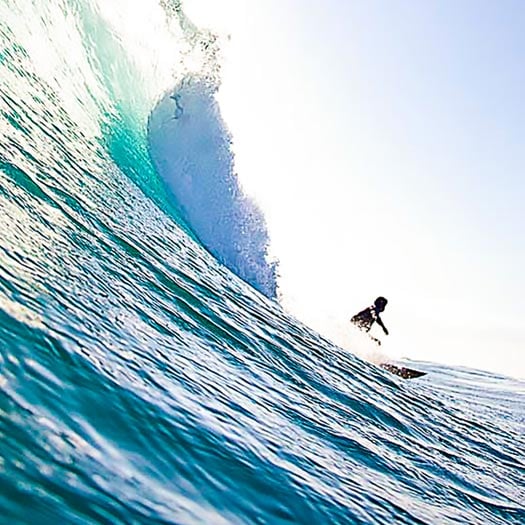 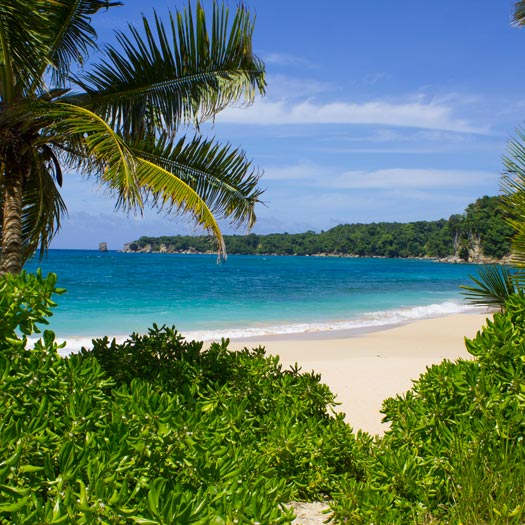