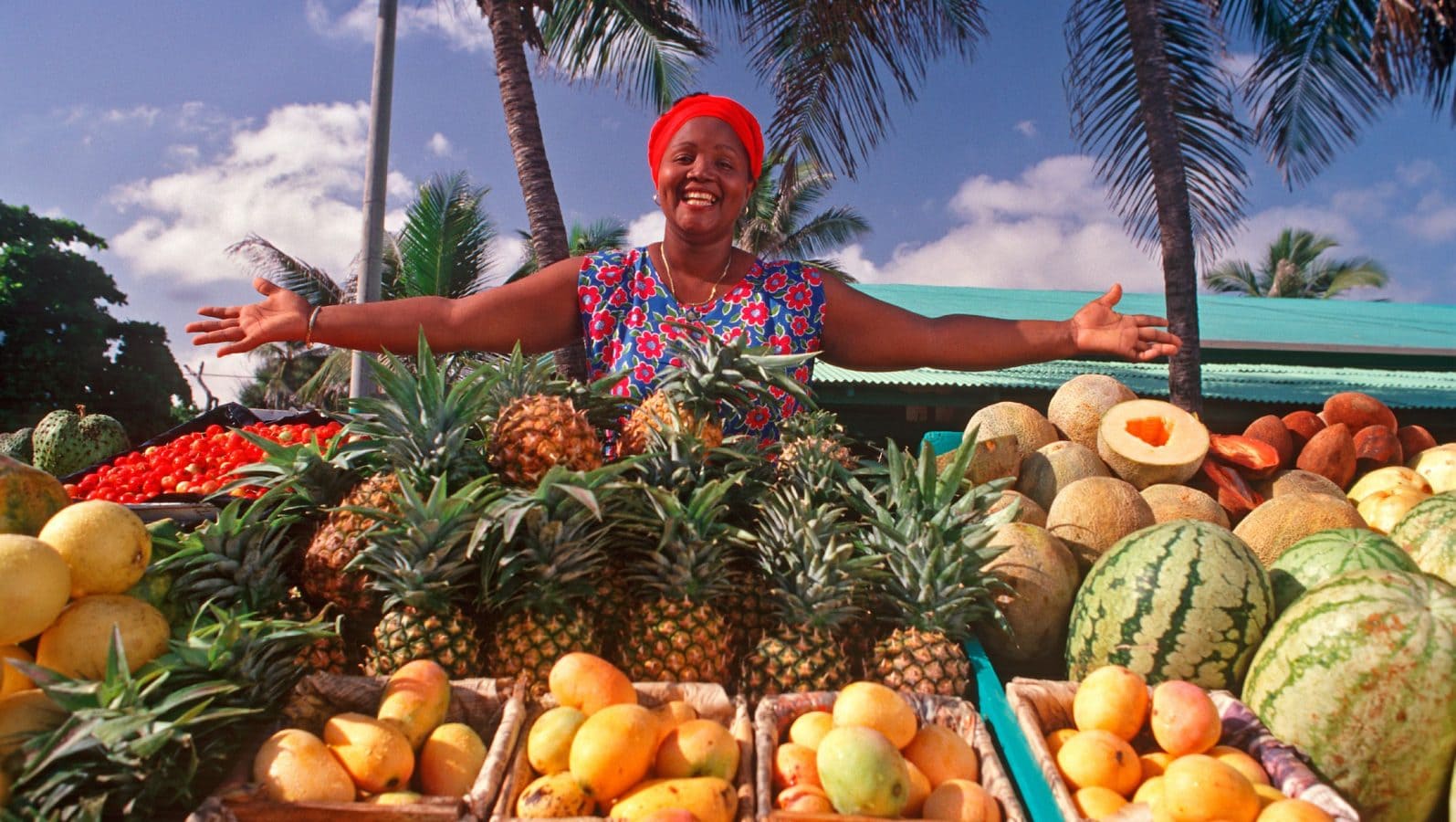 Smack-bang in the middle of the Caribbean sea and the Atlantic ocean, sits one of the largest, most interesting (historically), stunningly beautiful and culturally diverse islands of the entire region; the Dominican Republic. 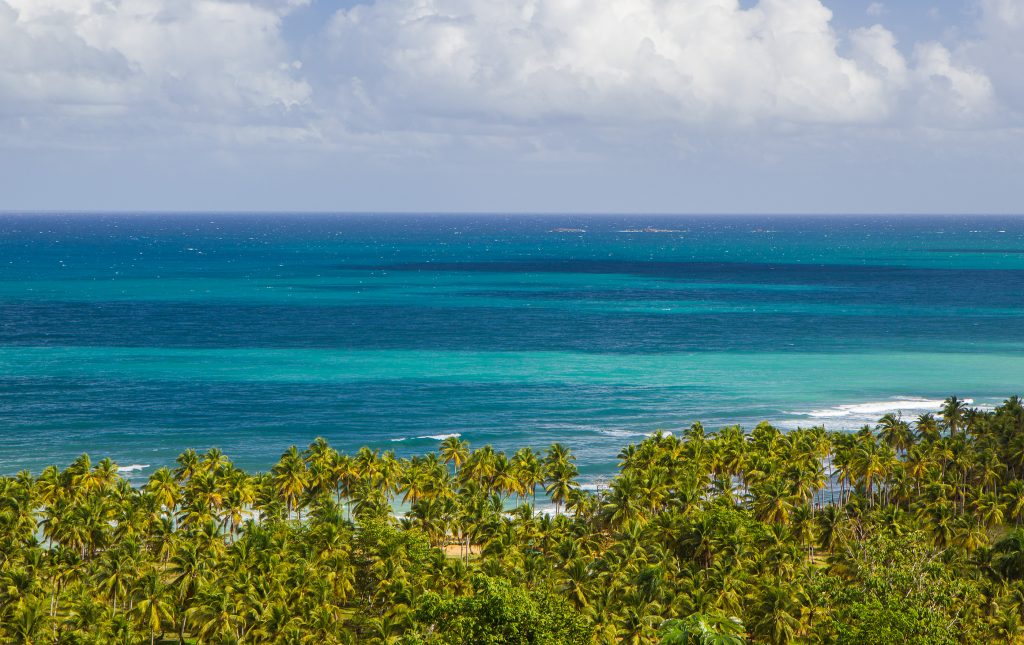 Anyone planning a trip to the Caribbean should put this place firmly on their shortlist and this article will list the many reasons why you should visit the Dominican Republic.

It doesn’t matter if you are a young student back-packing, a family with kids, a couple on a romantic break, a golfer, a surfer, or someone who loves to hike, this stunning island should be on your radar.

Pristine beaches and turquoise water are the obvious draw to this Caribbean island, but let’s examine all the other activities; relaxing, cultural and sporting, that you can enjoy on a Dominican Republic holiday.

HISTORY AND CULTURE OF THE DOMINICAN REPUBLIC

Our top cultural things to do in the Dominican Republic would be: 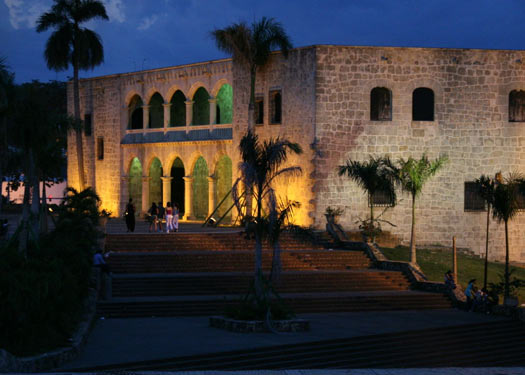 UNESCO World Heritage Site of the Zona Colonial in the capital, Santo Domingo. This is where Christopher Columbus arrived in the 15th century, where he lived for long periods and where at least some of his bones were finally buried.

Notable and culturally significant buildings and places in this UNESCO site are:

In the centre of this lively square sits the majestic statue of Christopher Columbus. The square is often host to musicians and street performers. On the South side of the square is the first cathedral ever to have been built in the Americas; Basilica Cathedral of Santa Maria la Menor (built in the early 1500’s), also known on tourist maps as Catedral Primada de America. This cathedral is still open and a place of worship. It houses a painting of the Virgin Mary dating back to 1520.

The National Pantheon of the Dominican Republic

Whilst it was originally built as a church, this beautiful building was designated by Trujillo in 1956 as a mausoleum to honor the most significant people of the Dominican Republic. How ironic that should now house the men who assassinated Trujillo, including national hero Antonio Imbert, who put paid to his dreadful and murderous dictatorship. Marble tombs line the walls of the mausoleum and all sit beneath a beautifully painted ceiling from where hangs a magnificent chandelier.

This huge open square, close to the River Ozama, is lined with restaurants and places to sit and watch the world go by. Many guided walking tours leave from this spot. The charming Chu Chu Colonial sight seeing trolley train also goes from this spot. On the other side of the square to the restaurants sits:

This is now a museum, but was the former home of Christopher Columbus and his family. The museum houses an important collection of European late Medieval and Renaissance art. The tapestries housed in this building, are said to be some of the most important in the world.

Also sited on the South side of the Plaza España, this was the former government offices building, again contemporary to the 1500’s when Spain ordered its construction. Now it’s a museum which houses colonial furniture, a collection of weapons and most importantly, artefacts of the Tanio people, who were the original inhabitants of the island, most of whom were either killed by the Spanish or died from subsequent diseases their western conquerors brought with them. Whilst exhibits are detailed in Spanish, headphones with translations are available and included with your admittance fee.

was the first monastery to be built in the new world and was constructed in 1508. Now in ruins, the monastery has had its share of disasters, having been hit by a hurricane 500 years ago, which virtually destroyed it. Rebuilt in 1556, it was then sacked by Sir Francis Drake in 1586. These beautiful ruins are still used for cultural and social events.

This charming pedestrianised street spans between the River Ozama, Parque Colón and Plaza Independencia and is lined with nice places to eat alfresco, with a distinctly European feel.

Once you have taken in all the culture you can handle, head to the shopping district of La Atarazana.

Culture in other regions:

Because of the importance of amber in the Dominican Republic, there are 3 amber museums on the island. Amber is a resin from an extinct tree called the Hymenaea Protera. Some amber stones in the Dominican Republic have been dated back 40 million years! In the museums, the well presented, back-lit stones reveal the fossilised remains of insects and plants. If you are in the Dominican Republic, do make sure to visit one of the following amber museums. We suggest that if you are on the North Coast, you visit the Museo Del Amber in Puerto Plata. Whilst in the capital, then its the Amber World Museum in Calle Arzobispo Meriño, 452. If you are over in Casa de Campo, then there is a smaller Amber World Museum in Altos de Chavon. You’ll be able to buy your own amber keepsakes from the gift shops attached.

San Felipe de Puerto Plata is situated on the fun, sporty North coast of the island. Puerto Plata (translated from Spanish means silver port) originates from 1494 and was formerly known as La Isabela. The mountain which overlooks it, is called Isabela de Torres. The town is now full of mainly Victorian era buildings and is a charming day’s walk around.

The fort of San Felipe dates back to the 16th century. The fort itself has a sordid history, being linked to the beginning of the English slave-trade under John Hawkins in 1563. It was also a prison under Trujillo’s brutal dictatorship. Now it’s a museum and sits on the edge of the pretty port area on the edge of the town. The port itself if still the busy hub handling locally produced coffee, sugar cane, bananas for export and much more. 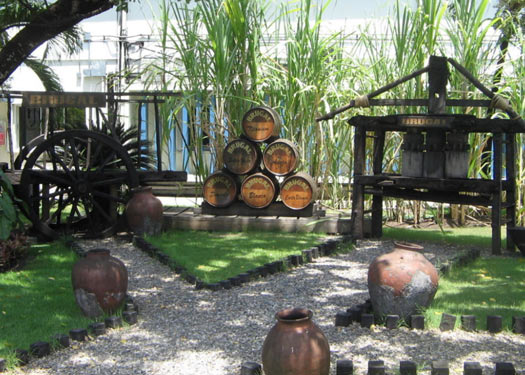 Dominican rum is famous the world over and the quality of its rum is unrivalled.

There are many rum makers all over the island, but at the Brugal factory, in Puerto Plata, you can at least see the rum making process, taste some, and learn about how the various qualities of rum are produced.

It’s well worth an afternoon or morning tour.

The Amber Museum We’ve touched before on the Museo de Amber located in Puerto Plata; it’s well worth a visit.

The mountain which overlooks the city of Puerto Plata.

Breathtaking views can be enjoyed from the top, which is reached by a long hike (not for the feint-hearted) or by the only cable car in the Caribbean.

Arriving at the top, you will be delighted by the botanical gardens.

Go up early in the morning for the best views.

Given that this large island has so many mountains interspersed with rivers (it has the highest mountain in the entire Caribbean region), there are some truly remarkable natural wonders to visit. We’ve listed the top 10 adventures for you below.

The 27 waterfalls of Damajagua (also known as the 27 Charcos) 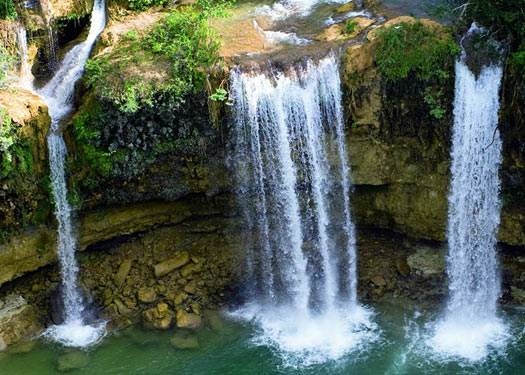 It’s hard to argue with most visitors describing this trip as the BEST thing they did on their vacation to the Dominican Republic. These intricate canyons and waterfalls were formed by water cascading down the mountainous region behind the city of Puerto Plata for millions of years. Formerly run with some dubious safety procedures, the intervention of JFK’s great-nephew (of all people) lead to grants being provided to seriously upgrade and improve all safety aspects of this amazing adventure. You can choose to climb all 27 falls or stop at 12. Note though that some of the jeep safaris from the all-inclusive hotels will only take you to the 7th waterfall, so if you are fit and up for a challenging and spectacular adventure, get yourself to the visitor centre independently and take a guide up with you.